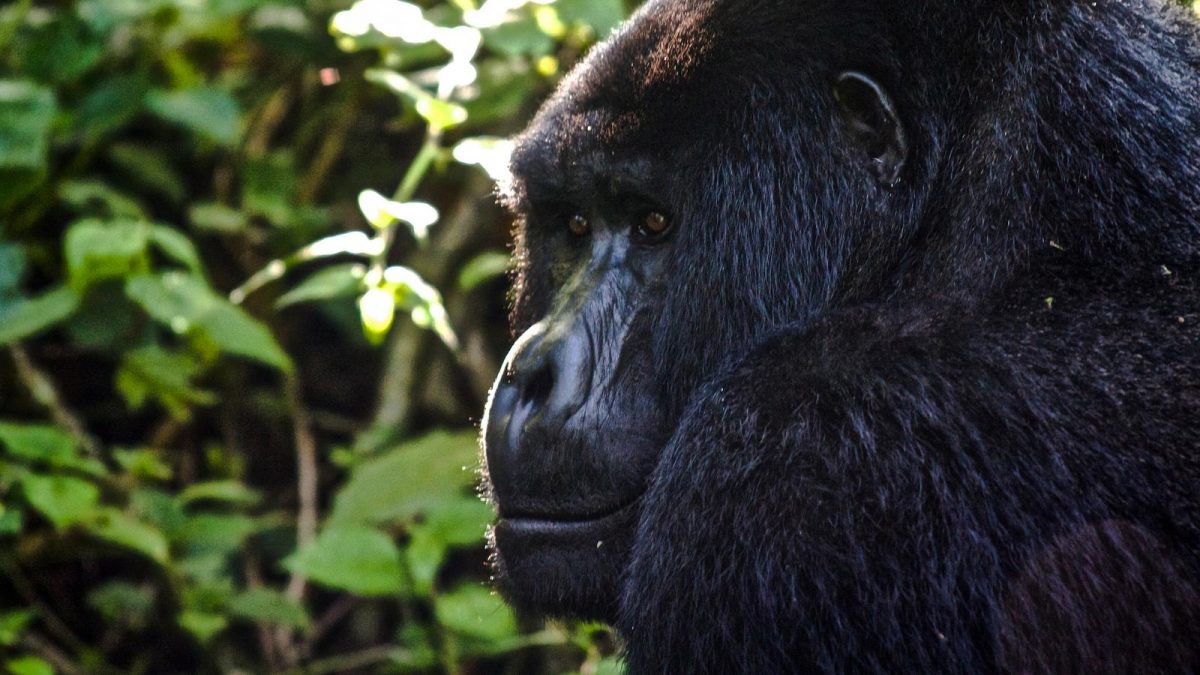 An enchanting country with beautiful sceneries offers a perfect choice for wildlife safaris in Africa with the best sightseeing experience guaranteed. Wildlife safaris in Rwanda – Rwanda, known as the “Land of a Thousand Hills,” has transformed itself from a country scarred by one of the worst genocides in recent history to a model of hope, peace, and good governance in Africa. Despite the small size, Rwanda has set aside land for conservation with about four renowned National Parks that offer refuge to the different forms of wildlife. Wildlife safaris in Rwanda are prevalent in most travelers’ bucket lists, especially for those yearning to see the most endangered mountain gorillas in East Africa.  Kigali, the capital, has clean city streets, five-star hotels, and good road networks, while the countryside is characterized by beautiful rolling hills and green plantations. A must-visit while in Rwanda!  Butare, Rwanda’s second-largest city, is known as the “intellectual capital of the country,” and is home to major institutions such as the National University of Rwanda and the National Museum. Since embracing industrialization, agricultural modernization, mining, and tourism, the country’s wealth has grown.

The possibility of seeing Mountain Gorillas in Rwanda’s Volcanoes National Park draws the majority of safari visitors to do Wildlife safaris in Rwanda. Volcanoes National Park became famous as a result of research efforts that culminated in the film “Gorillas in the Mist.” The park itself is a lush green expanse teeming with birds, butterflies, primates, and other mammals. Gorilla trekking is also possible in Uganda and the Democratic Republic of the Congo. Still, the quality of service and the park’s proximity to the capital Kigali entice visitors to choose a safari in Rwanda.

Rwanda is a perfect safari destination for wildlife safaris in Africa especially if you wish to combine the wildlife safari with one of Africa’s most profound safari activity, the mountain gorilla trekking. On your Rwanda wildlife safaris with Acacia safaris limited, you will see the famous African Big Five animals (lion, Elephant, Leopard, African Buffalo, and the Rhino). You will encounter several other small wild animals and several herbivores in different safari parks in Rwanda. The Wildlife safaris in Rwanda are further spiced with the beautiful sceneries of landscape and cultural experience, a great time to learn something special about Africa.

The safari park is the primary destination for wildlife safaris in Rwanda and shouldn’t miss while planning a safari to Rwanda. The park was established in 1925 as a small area bounded by Karisimbi, Bisoke, and Mikeno, with the intention of protecting the gorillas from poachers. Volcanoes National Park is one of Africa’s oldest parks, possibly the first, having been established in 1929.

In the early 1960s, Volcanoes National Park became a base for American naturalist Dian Fossey, where she conducted gorilla research. Dian Fossey arrived in Rwanda in 1967 and established the Karisoke Research Centre between Karisimbi and Visoke. She spent the majority of her time in the park after that and is widely credited with saving the gorillas from extinction by bringing their plight to the attention of the international community. The safari park is a beautiful place to be for adventure since it is home to the most endangered mountain gorillas. The vegetation in the park varies significantly due to the park’s large altitudinal range, with the lower montane lost to agriculture. The park includes the Neoboutonia forest, bamboo forest, Hagenia Hypericum forest, and grasslands. 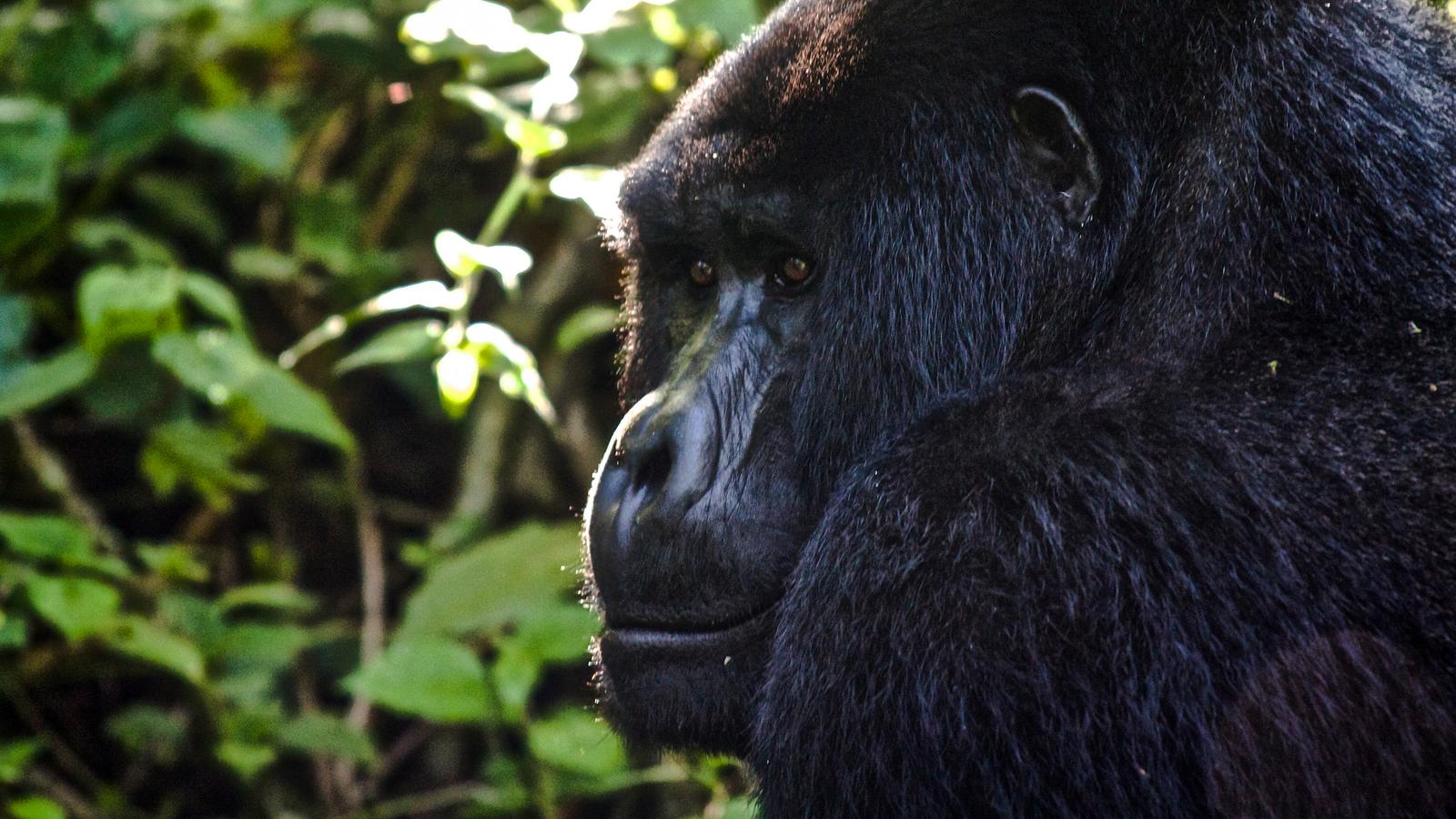 Akagera National Park, located in eastern Rwanda, is 2500 square kilometers of mostly Savannah land. The park takes its name from the Kagera River, which flows along Rwanda’s eastern border with Tanzania. Lake Ihema and other smaller lakes in and around the park are fed by the river.

The park protects an acacia and bush landscape with patches of open grassland and a dozen swampy lakes typical of the African Savannah. It has a high level of biodiversity and is part of a large protected wetland. Akagera National Park is Rwanda’s only Savannah national park and the only place to see the majority of the large mammals while on safari. 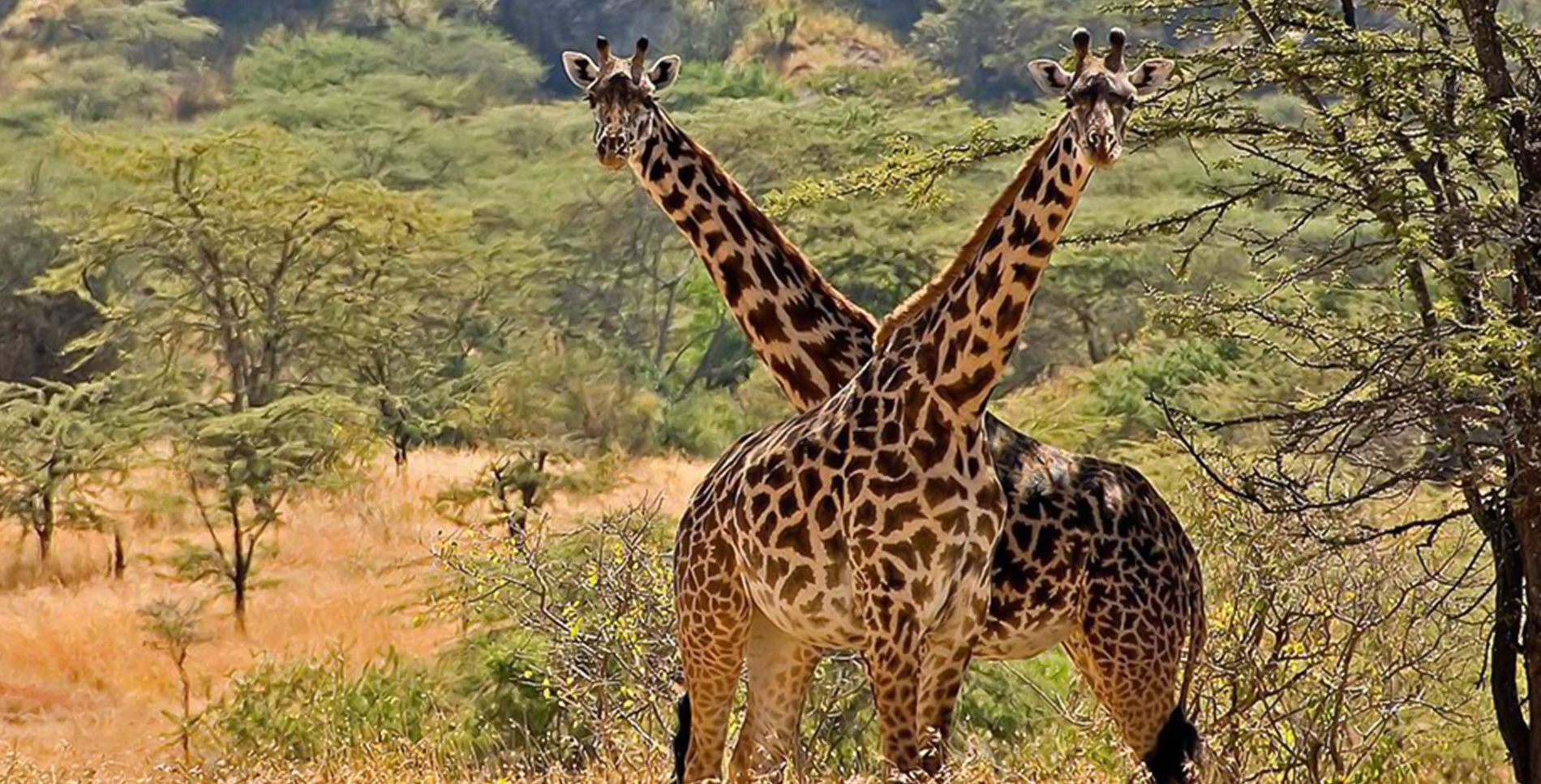 Elephants, buffalos, giraffes, zebras, leopards, hyenas, and lions can all be found in Akagera National Park. It is home to a variety of antelopes, including bushbucks, Topis, Oribis, waterbuck, roan antelope and duiker, klipspringer, impala, and the world’s largest antelope, the Cape eland.

Nyungwe, one of Africa’s oldest rainforests, is rich in biodiversity and breathtakingly beautiful. The mountainous region is teeming with wildlife, including a small population of chimps as well as 12 other primate species, including the Albertine Rift’s endemic L’Hoest’s monkey. The safari park is also a top spot for wildlife safaris in Rwanda and a must include in your bucket list. Memorable and photogenic moments on a wildlife viewing safari include walking up to the Isumo waterfall or along the Canopy Walk suspension bridge. Tea plantations border the edges of the park, with a habituated troop of Ruwenzori colobus monkeys at Gisakura as well as forest fringe birds. 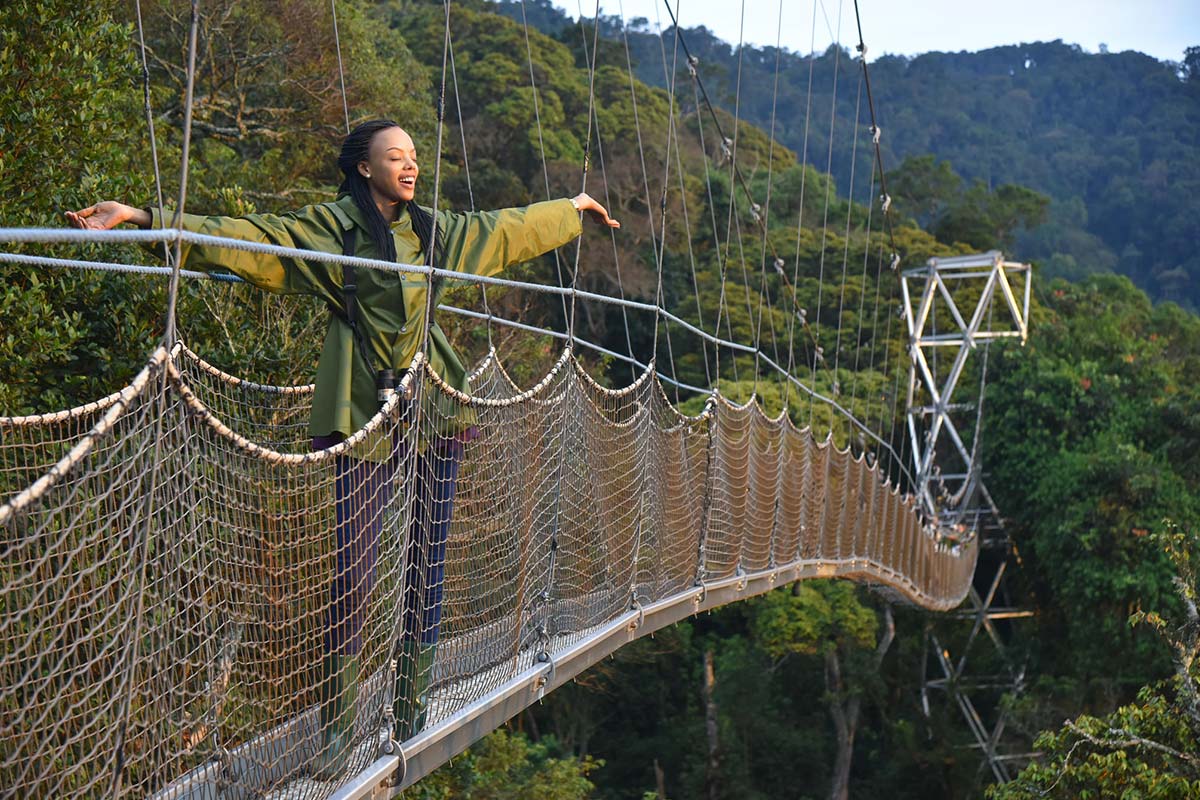 Is Rwanda good for safari?

This is a country known for its impressive biodiversity, volcanoes, and highland rainforests where gorillas can be found. A Rwanda gorilla trekking safari, which is rarely experienced alone, pairs well with other East African destinations such as Uganda, Kenya, or Tanzania. Rwanda is an ideal safari destination that will unleash your safari imagination in Africa. 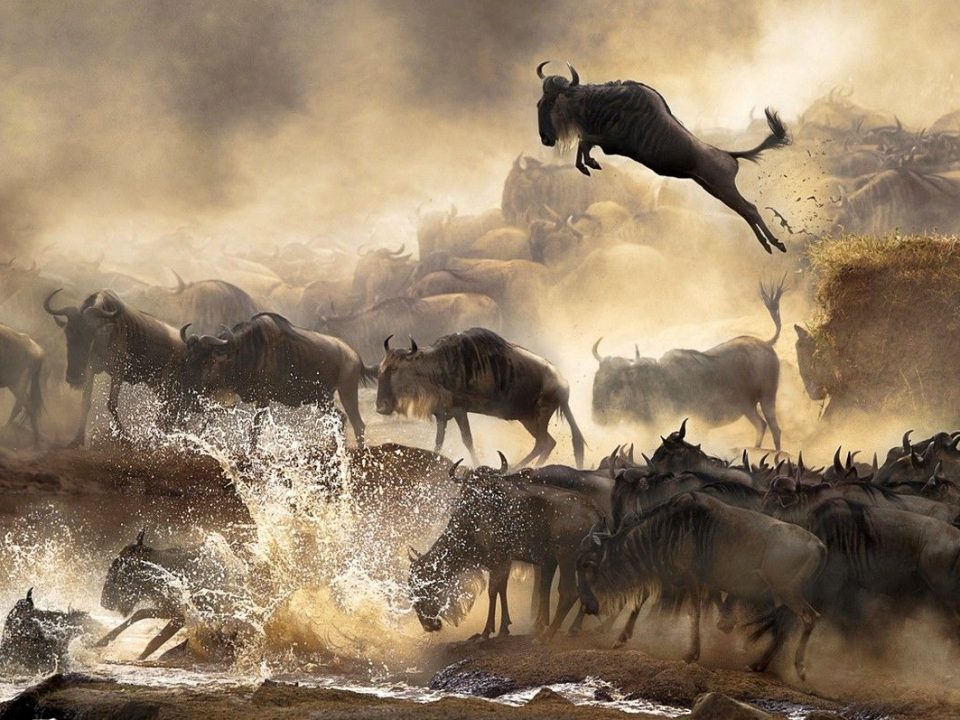 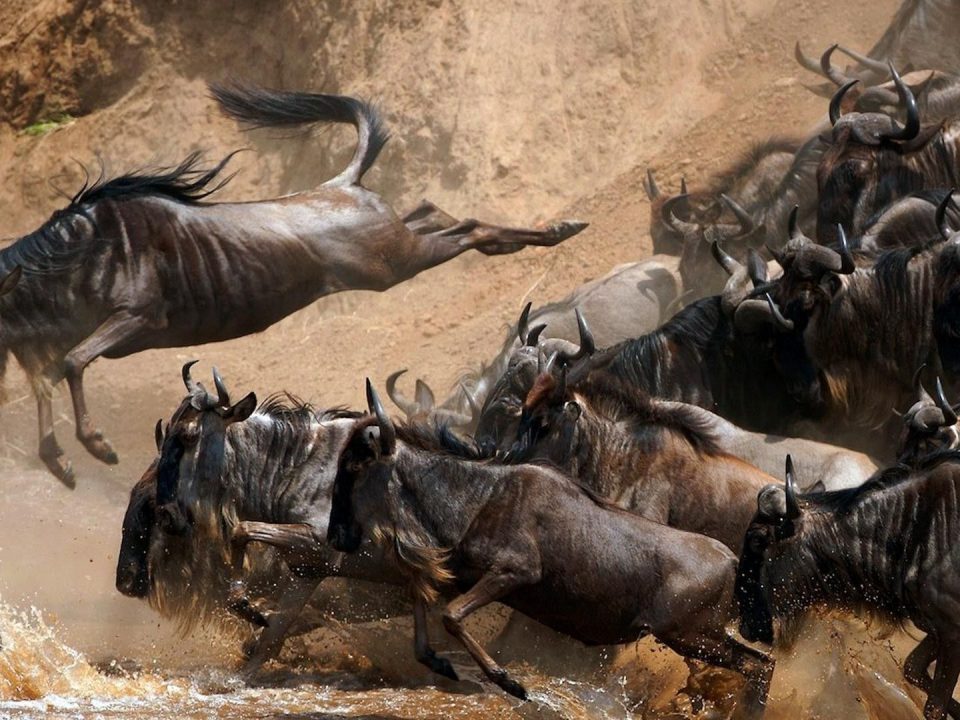 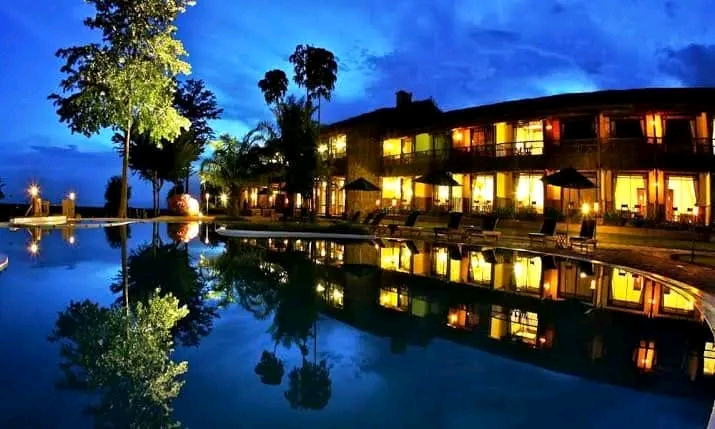